Mark was born June 10, 1971, in Redondo Beach, Ca. to Andy & Gay Tortorici. The family moved to Thousand Oaks, California in 1973. He graduated from Thousand Oaks High School in 1989 and went to Moorpark College before joining the US Marines. He enjoyed playing soccer, baseball and golf and he was a pretty good golfer. Mark became interested in the theater and music during his high school years, surprising friends and family with his role playing the part of Curly in Oklahoma.

After his time as a Marine, Mark came back to follow his dream of acting and music in Hollywood, California. He performed in several Shakespeare plays and a few musicals. His first big gig was as the lead vocal of the Jumpin' Jimes, a great swing band that played at The "World Famous" Derby in Los Feliz for many years.

Eventually Mark felt the tug to leave the Jimes and form a band of his own: The Hollywood Combo, which focused on jump blues and boogie woogie. Mark lit it up on stage with his soulful vocals, tasty harmonica, and old-school showmanship and earned the nickname "Torch" given to him by his fellow musicians. That nickname inspired him to form a second "big band", The Torchlighters, which focused more on the classic era swing and New Orleans style jazz. He was also the creator and owner of Torch Music & Entertainment and Swingin' Records.

Besides playing at many of the top venues on the West Coast, he spread his musical gospel around the world to Europe, the UK, Japan, and the Middle East at clubs, concerts, and festivals. Mark was loved and highly respected by all of his professional musicians both in the US and abroad.

He will be greatly missed by his parents Andy and Gay Tortorici, sister, Debi Cherko and husband Louie, and his nephews Nick & Alex and niece Meighan Harris. 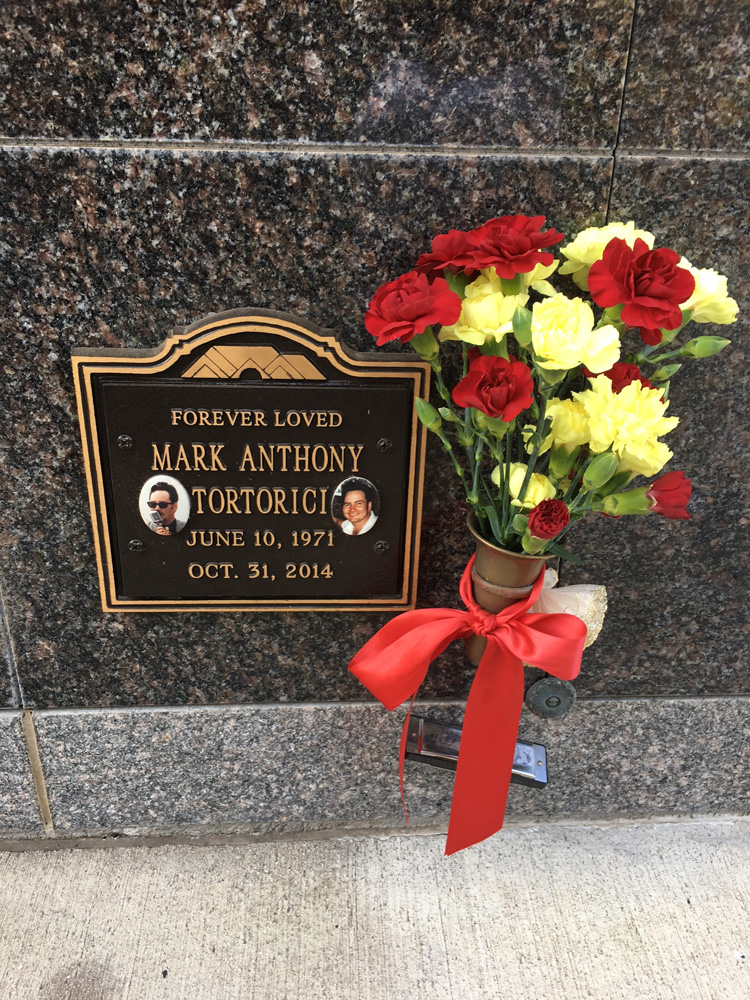